On December 20, 2019, the Inspection of the Department of Control and Supervision of Construction in the Minsk Region carried out technical training on the territory of the KIK CITIK CONSTRUCTION CO, LTD household town located on the territory of the Belarusian National Biotechnology Corporation CJSC (Pukhovichi District, Uborki Village) on the topic: “Implementation of the investment project“ Organization of high-tech agro-industrial production of a full cycle for 2016-2032 ”.

The management and employees of the Inspection Department of the Construction Control and Supervision Department for the Minsk Region, representatives of BNBK CJSC, City-Belprom LLC (the project organization that carried out the adaptation of the sections of the project to the standards of the Republic of Belarus), Minsk Regional Ministry of Emergencies, OGAI took part in technical training Pukhovichi District Department of Internal Affairs.

Upon arrival at the territory of BNBK CJSC, the participants of the event visited a showroom with a development model, where the main engineer of BNBK CJSC Shilyagin Yury Vladimirovich told about the history of creation and plans for the development of the object. 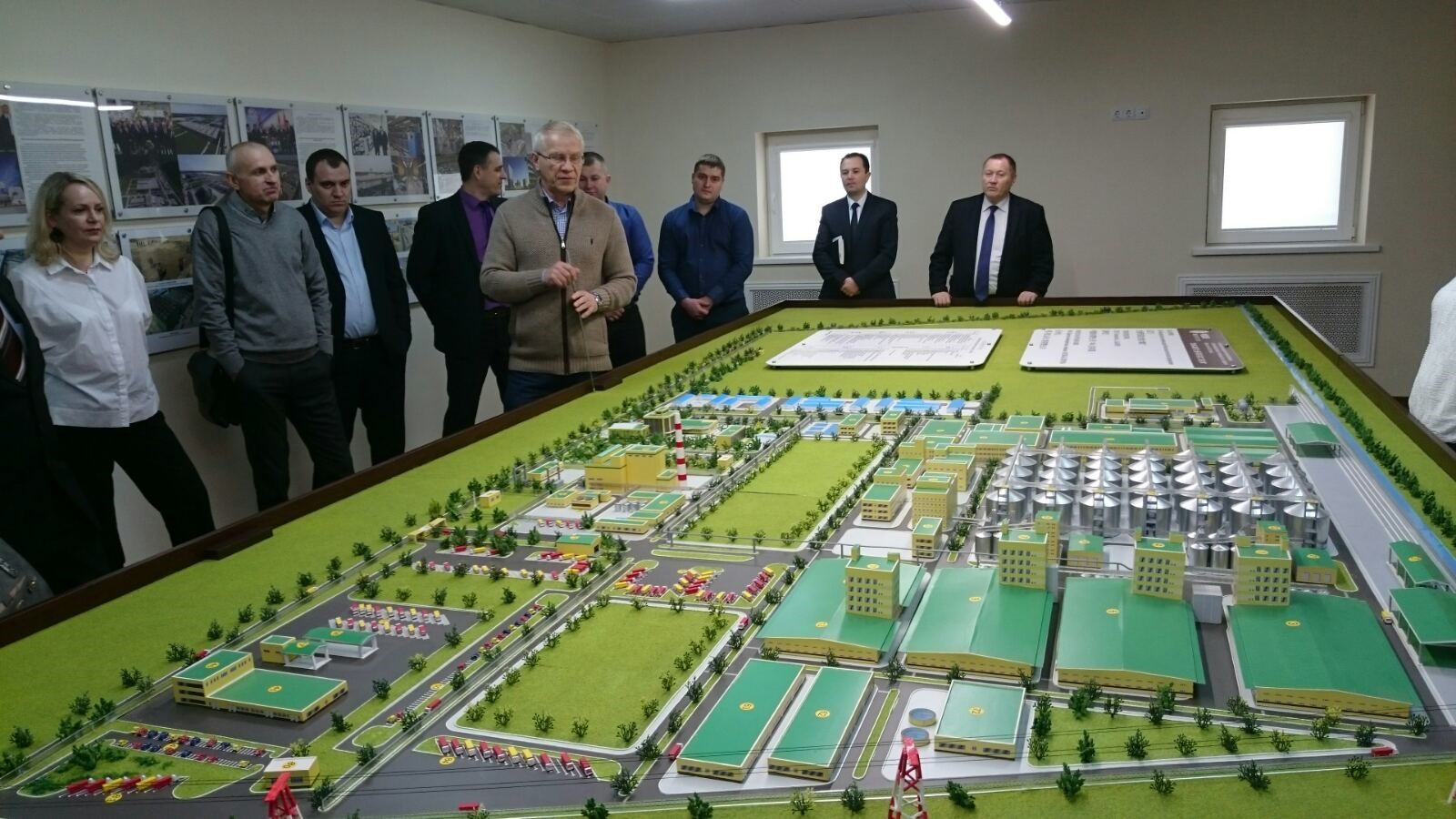 As the chief engineer of the company assured, at the same time, work is underway at all facilities. Among them: a granary, a feed mill for cattle and poultry, a feed mill for pigs, an access railway, a flour mill and other related facilities. Construction is going well, according to plan. Now about 2000 builders are involved - among them are Chinese engineers and workers, as well as more than 500 workers of Belarusian subcontract organizations.

To develop a project is an important stage. But this is half the battle. A lot of time was required to adapt and bring the project to our realities. The specially created design institute City-Belprom worked on this.

The chief engineer of the project of City-Belprom LLC, Sergey Sapozhnikov, told those present and invited to carry out work on adapting to the standards of the Republic of Belarus previously developed sections of the project documentation for the object “Organization of high-tech agro-industrial production of a full cycle” developed by KOO “CITIK CONSTRUCTION CO, LTD” (PRC) for 2016-2032. "

The participants were told about the positive and negative experience of adapting project documentation to the standards of the Republic of Belarus. 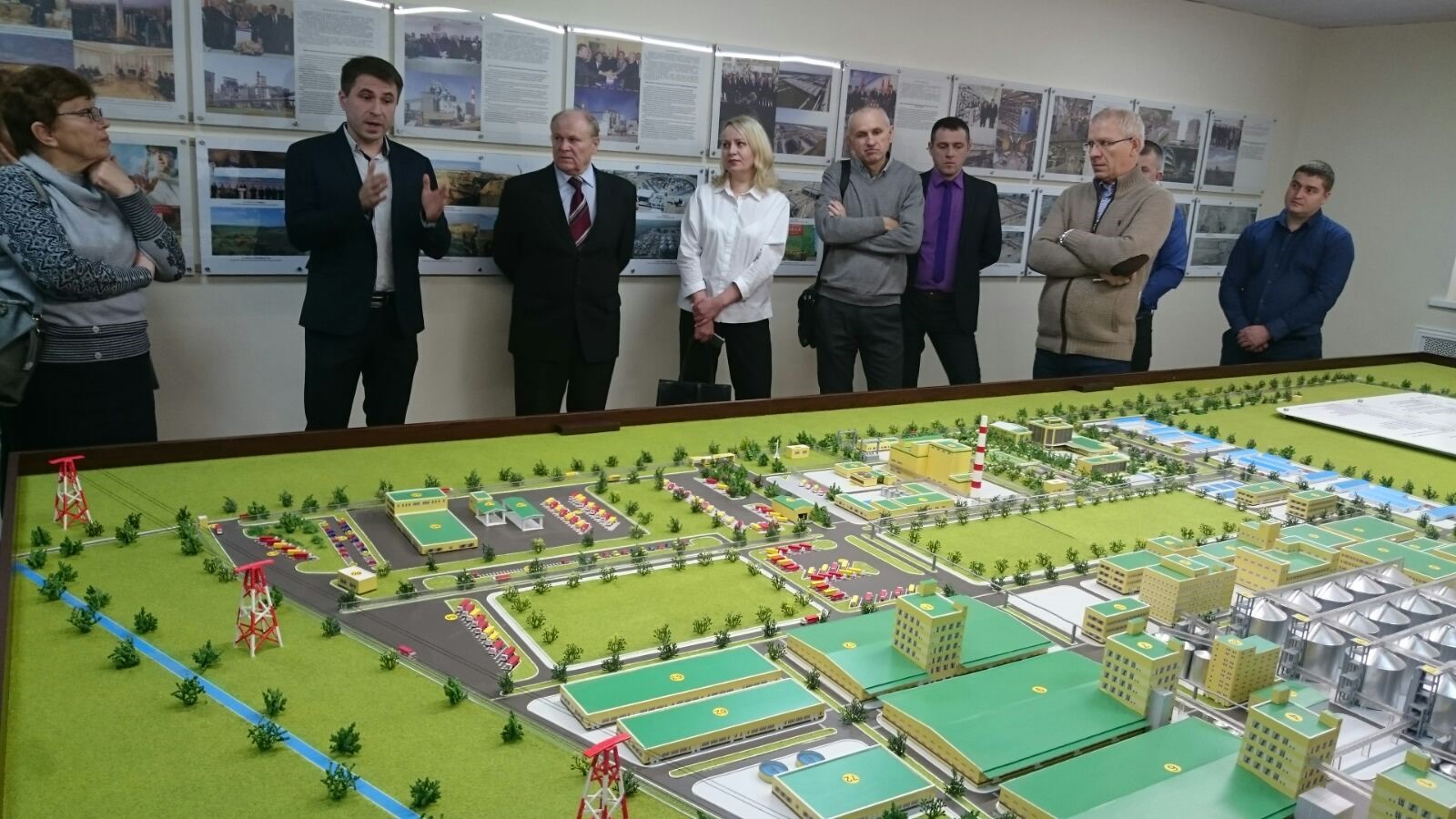 Then, the seminar participants visited the facility under construction “Organization of high-tech agro-industrial production of a full cycle for 2016-2032”. 18th phase of construction. A complex of factories for the production of amino acids, ammonium sulfate, fertilizers and industrial treatment facilities. ” At the end of the event, the participants were given a visual overview presentation of the construction site of BNBK CJSC.

In the second part of the technical training, as part of the implementation of the action plan for the implementation of the Presidential Directive of the Republic of Belarus dated March 11, 2004 No. 1 “On measures to strengthen public safety and discipline”, Alexander Petrovich Kuchko, the head of the regulatory and technical department of the Minsk Regional Ministry of Emergencies, held a seminar on topic: “Compliance with the requirements of legislation on fire safety”. The specialist explained to those present the functioning of the State system for the prevention and liquidation of emergency situations and civil defense. 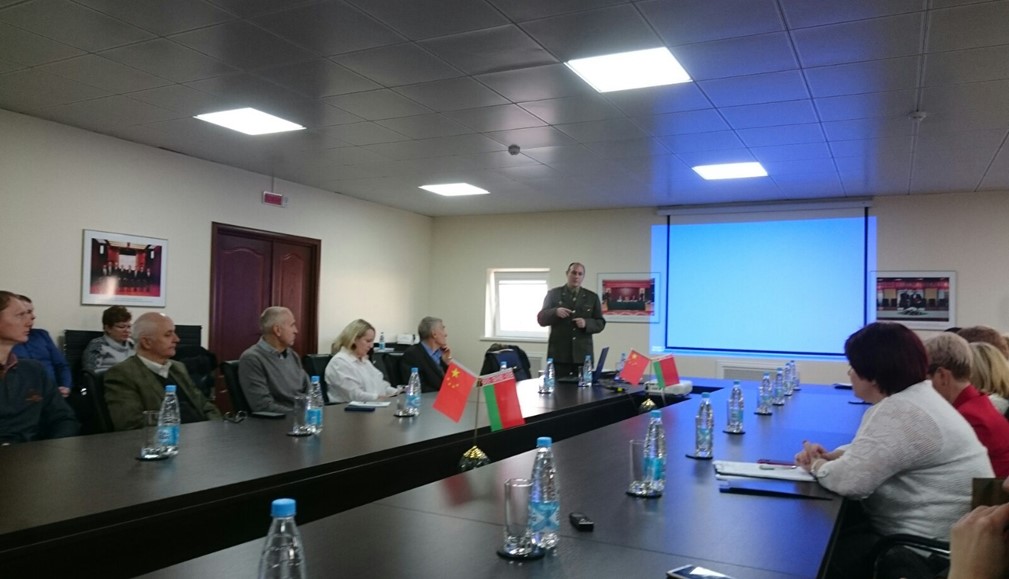 In order to prevent traffic accidents during the operation of vehicles, as part of the inspection of the Unified Day of Road Safety, the head of the OGAI of the Pukhovichi District Department of Internal Affairs, Chizhov Pavel Mikhailovich, held a training seminar on the topic: “Ensuring traffic safety and operation of vehicles”. During the seminar, the specialist gave both general recommendations on the procedure for carrying out transport activities and ensuring road safety in organizations, as well as mandatory provisions and rules. 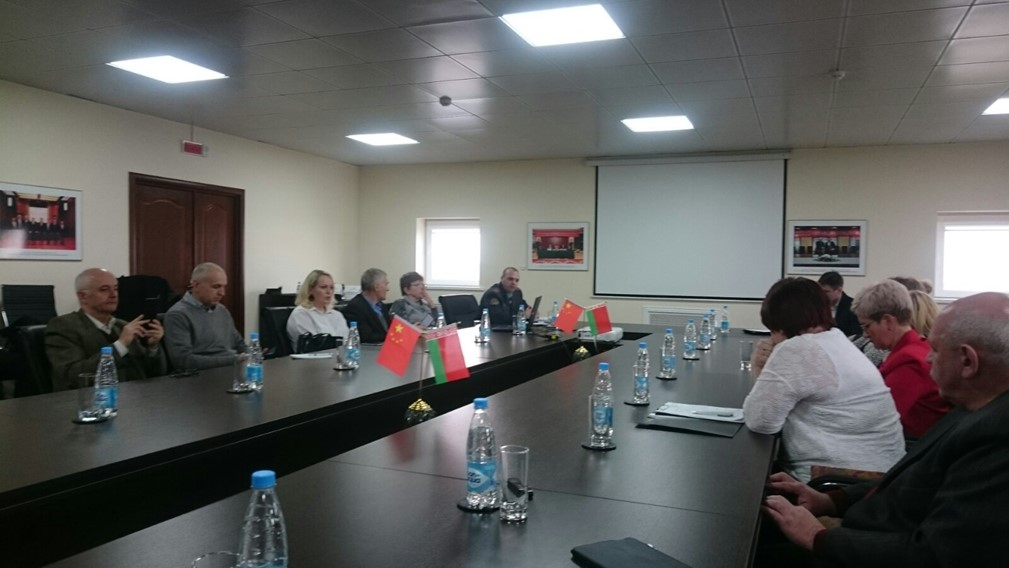 After completing their studies, a staff meeting was held in the administrative building of the household town, where the head of the inspection, Lopatik Ivan Vyacheslavovich, addressed the audience. In his speech, he outlined the results of the inspection for 2019 and set targets for the first half of 2020. 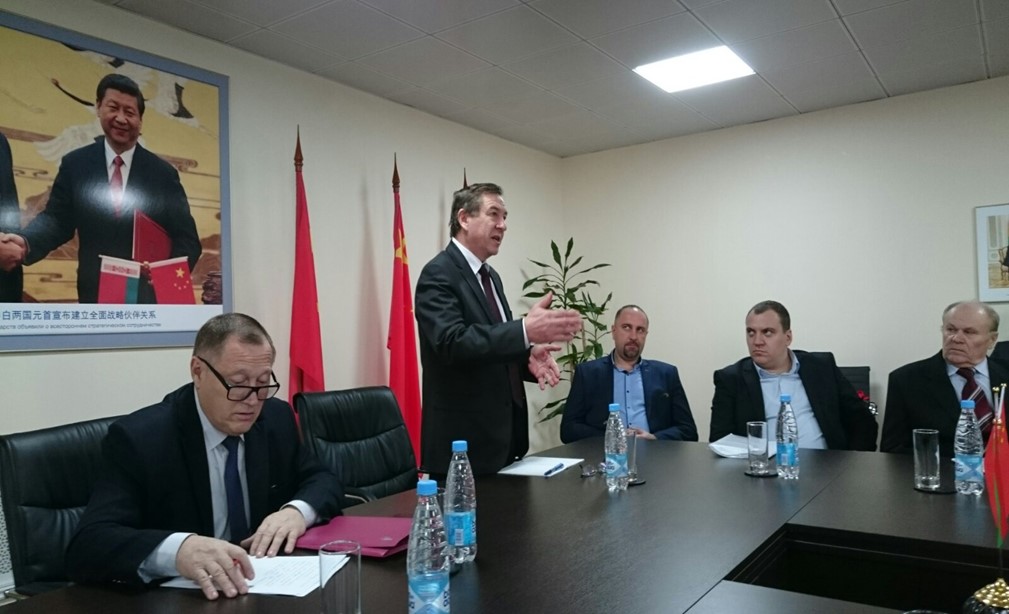 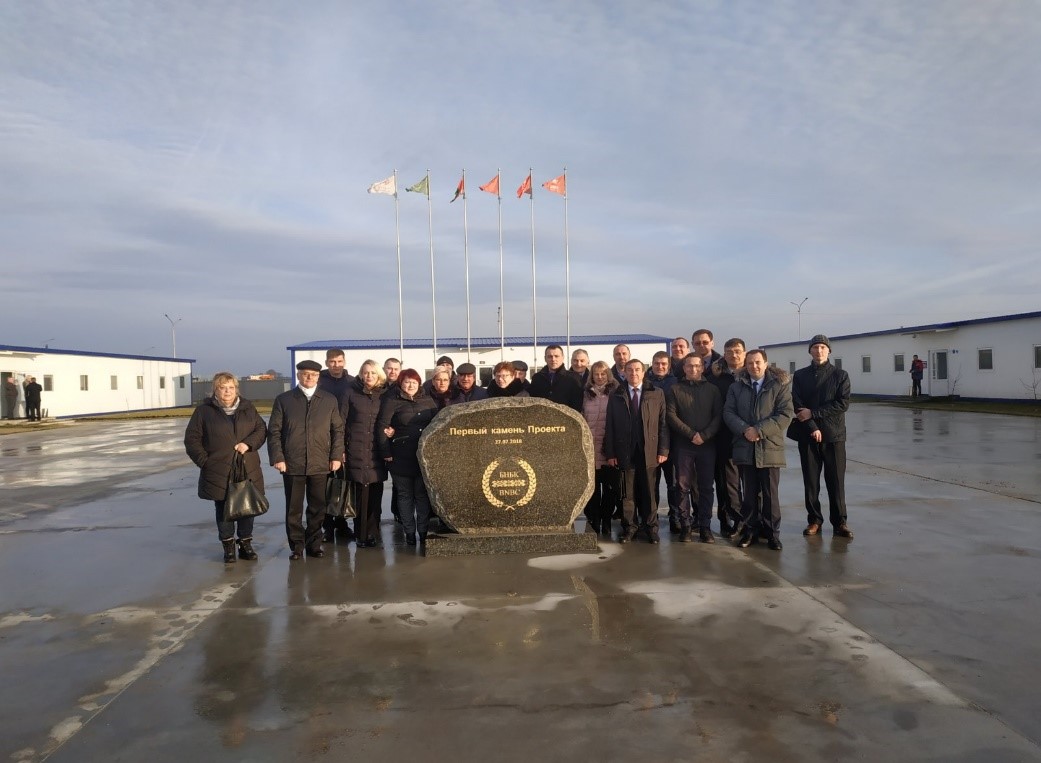 The Inspectorate of the Department of Construction Control and Supervision in the Minsk Region thanks for the assistance and technical assistance provided by BNBK CJSC, City-Belprom LLC, OGAI of the Pukhovichi District Department of Internal Affairs, Minsk Regional Ministry of Emergencies.

Department for construction control and supervision
of the of the State Committee for Standardization
39 Myasnikov str., Minsk 220048
+375 17 226-45-11
mail@dkns.datacenter.by

© 2021 Department for construction control and supervision of the of the State Committee for Standardization. All rights reserved
Design and programming: Belhard Development